Éire’s ‘conscientious objectors’ in New Zealand in WWII — a compelling story of unflinching loyalty and determination.

Irish men and women came to New Zealand in the 1930s to seek a better life, many carrying bitter memories of atrocities committed by the British. With WWII came the threat of conscription, but many Irish refused to betray their neutral homeland to fight for New Zealand and, by default, Britain. Peter Burke’s father was one of the Sons of Éire – men who risked imprisonment and deportation by standing up to the New Zealand Government and appealing the draft, in a dramatic case that paved the way for others.  Burke tells a compelling story of unflinching loyalty and determination, one that crosses the globe and leads to unexpected diplomacy between two small but feisty countries with more in common than they realised.

“May I commend Peter Burke for not only recovering the memory of his father and his comrades, but for deepening our understanding of the shared history of Ireland and of New Zealand.”
— Michael D. Higgins, Uachtarán na hÉireann / President of Ireland 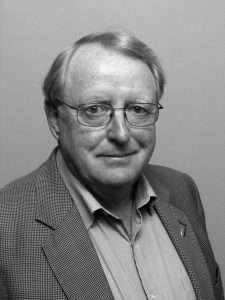 Peter Burke was born in Wellington and is an old boy of St Francis Xavier School Tawa and St Patrick’s College. He has worked for more than 50 years as a journalist in television, radio, print and public relations, travelling widely overseas to cover politics, trade and agriculture. Peter has a small farm on the Kāpiti Coast but Ireland is his second home. His visits to the Emerald Isle have led him to a deep love of Irish and family history.