The Edge of Things

A thoughtful and grounded collection of poetry. 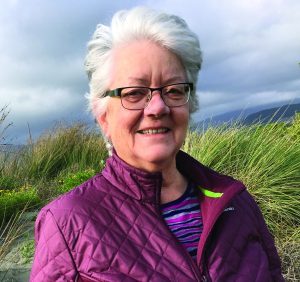 Anne Powell’s poems reach from the soul-baring Waikanae River all the way across the earth to cascades of stars over cold desert sand. At times focusing on the wealth of wisdom nature imparts upon patient observation, at others on the daily realities of those people who live beyond our familiar trajectories, Anne stays grounded in her ability to see the sacred in a world of both stillness and disturbance.

Anne Powell has three previous collections of poems: firesong (1999), Enough Clear Water (2001) and Tree of a Thousand Voices (2010), for which she was runner-up in the Ashton Wylie Book Awards.

Her poems have appeared in several anthologies of New Zealand poetry, and some of her work has been set to music by Leonie Holmes, and sung by the King’s Singers (UK) and Voices NZ. She was born in New Plymouth and lives in Waikanae in the community of Cenacle Sisters.