How Did I Get Here? Soliloquies of Youth

Over four days of kōrero and collaboration, tautoko and awhi, young men from Te Puna Wai o Tūhinapō wrote their answers to the question ‘How did I get here?’ as poems, which have been collected in this book, with illustrations by two of the participants.

We're currently out of stock of this title. Please show your local bookseller some love and check with them for copies.

There are times when the right to remain silent and the need to say something exist in the same moment. I would suppose a choice is made at such a time as to whether guilt is a matter of fact or a matter of conscience. A youthful mind forged in a crucible of fear might argue, ‘Yeah I did it, but that don’t make me guilty. My world has a different measure.’

In January 2020 poet Ben Brown took a box of biros, an A4 ream of paper and a question to 28 YPs—young people—living in Te Puna Wai o Tūhinapō, the Oranga Tamariki youth justice residence next door to Rolleston Prison, south-west of Christchurch.

He asked them, ‘How did you get here?’

Over four days of kōrero and collaboration, tautoko and awhi, the young men aged 13–18 wrote their answers as poems, which have been collected in a book, with illustrations by two of the participants. 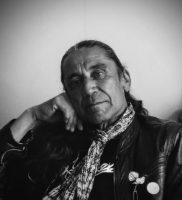 Ben Brown (Waikato–Tainui) is a poet, performer, fiction and non-fiction writer, and children’s author. He’s published numerous books and his work has appeared in anthologies and other publications. He is a father of two, which he considers his best work to date. Born in Motueka, he lives in Lyttelton by the sea, which suits him fine.

Click on the thumbnail below to see inside and read more: